0 items in the shopping cart

A more traditional approach to a squareneck resonator, the 'New Vintage Squareneck'(NVS) resonator was build with a soundwel, Beard hardware and an all solid mahogany construction. The neck was attached in the Spanish style, without a jolint, but glued on the top directly.

Compared to the WRS resonator, I felt in the end more comfortable to the NVS resonator guitar, construction and sound wise. They could be loud while still maintaining warmth and depth. Because the demand of Weissenborn guitars is growing, I try to focus on the developing of the Weissenborn and put the resonator guitar on hold. I might pick it up again at a later stage. 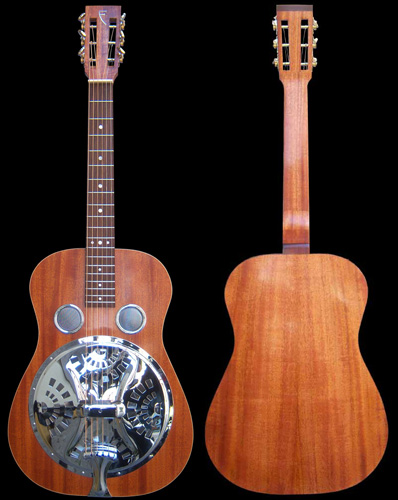