0 items in the shopping cart

"I love my Slide King lap steel from Fern's Guitars. It has a big fat sound coming from that hunk of zebra wood and a great sounding P90 from Jason Lollar. Great craftmanship! A wonderful addition to my arsenal."

(Jerry Douglas is a leading USA 12 times Grammy Awards winning dobro player who performes, records solo albums, works as a producer and played on an innumerable amount of recordings. www.jerrydouglas.com)

Early 2009 Fern's Guitars contacted Jerry Douglas. The result was a special Jerry Douglas Slide King edition, with some personal adjustments. The most challenging part was to put a wider string spacing at the bridge; 14mm string to string! This gives Jerry more space to perform at high speed with fingerpicks, without ratteling to other strings. A special wide spaced P90 pickup has been made by Jason Lollar to suit the instrument. 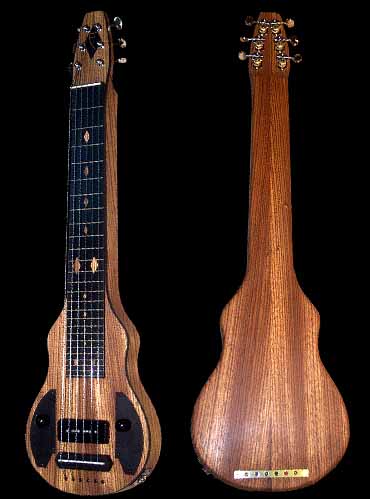